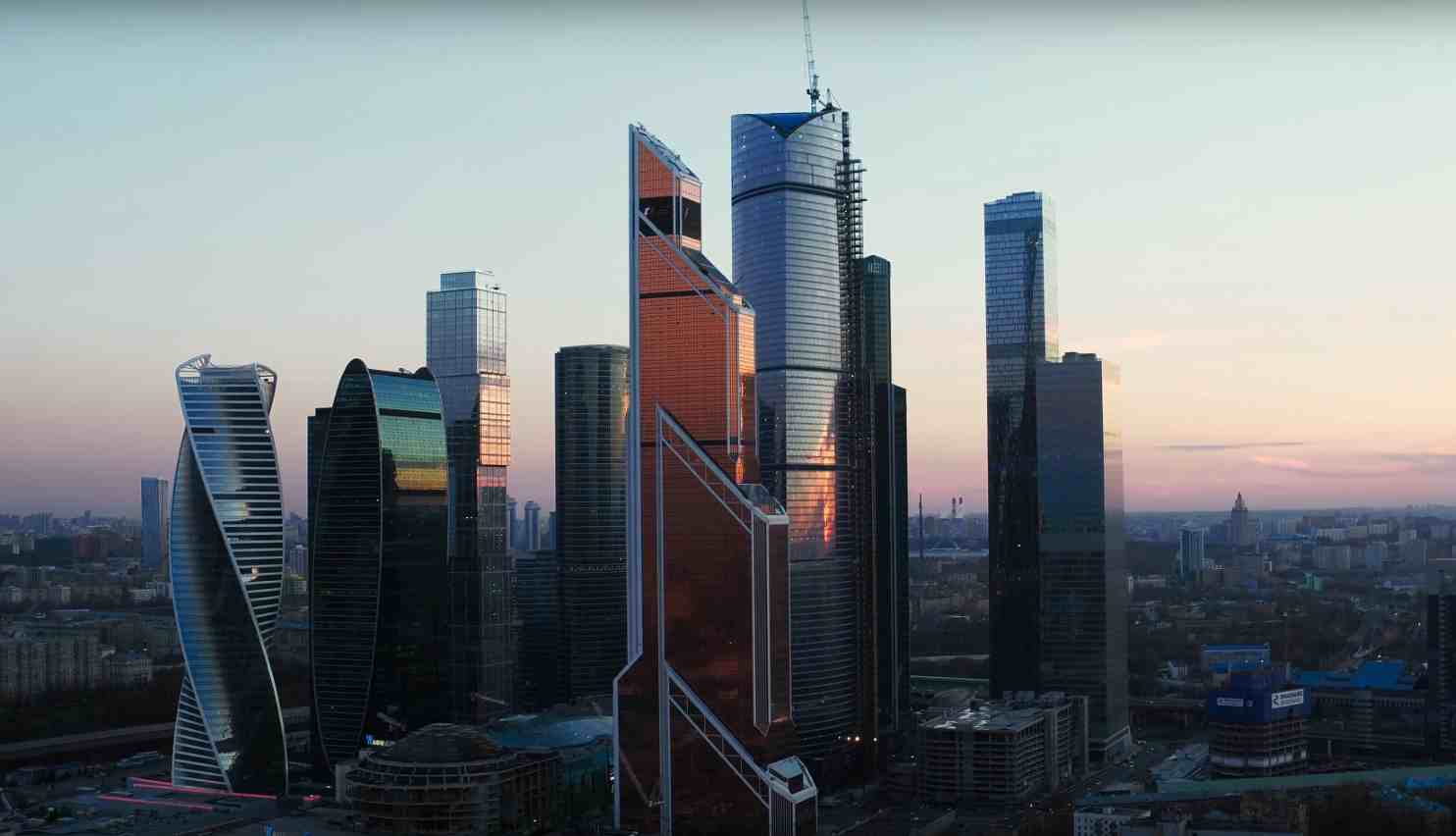 Moscow-City is an iconic location for life and work in Russia’s capital. Enormous skyscrapers, business centers, the best restaurants and retail spaces – all this is concentrated in one place. The ultramodern Moscow-City towers are truly striking in their outward appearance, and the layout of the apartments inside and the fantastic views that can be seen from the higher floors are nothing short of impressive.

This skyscraper compound, often referred to as Moskva-City, is the Russian take on Manhattan, where businessmen strike multi-million dollar deals daily while ordinary life goes on next door. Its state of the art spaces offer the ultimate convenience. The infrastructure of this business district is so well-developed that anyone can find something interesting for themselves here: from residential apartments to boutiques, clubs, exhibitions and more.

When the foundations for the Moscow-City skyscrapers were laid, a special kind of concrete was used, the properties of which are amplified by many times compared to standard concrete. Even in the event of a plane crashing into one of the buildings, the structural integrity of the towers will be preserved.

The architects of the Moscow-City Business Center have created a unique locality that has integrated into itself the hub of the capital’s business life and a whole ensemble of historical monuments. Anyone can admire the beauty of these skyscrapers from within or without the compound. There are also a number of apartments for sale or rent available in the MIBC itself. But first, let’s have a look at some more interesting facts about the financial core of Russia’s capital.

How It All Began

The history of Moscow-City goes all the way back to 1992. The government of Moscow at the time wanted to bring into existence its own skyscrapers like the ones in London or New York. And the idea caught on. In 1992 the project for the construction of the huge “Moscow-City” MIBC compound was enthusiastically approved, kick-starting the painstaking preparatory works. The original intention was that the skyscrapers would only house office space. However, as time went on, the towers began to welcome in ordinary residents who wanted to live on the territory of this business and finance hub.

Moscow-City is undoubtedly a city within a city. Its grandeur is mind-boggling. It is perfect in every way: from location to infrastructure. And today, anyone can get a feel of the atmosphere of the “capital city” of Russia’s business world – many of the apartments in Moscow-City are available for rent. Any citizen of Russia and even nationals of other countries can make use of these offers.

Today Moscow-City is not just a magnificent and fascinating sight, but also a real hub for the work, life and leisure of thousands. Its infrastructure is organized in such a way that there is no need to leave the territory of the “city within a city” at all. This business district contains everything one may need for work and recreation. And if one does decide to venture out into the larger metropolis, the MIBC’s three subway stations make this remarkably simple to do.

Moscow-City stands on the Presnenskaya Embankment. Each of the buildings in the district has a name, which simplifies its identification. Some of the buildings form complexes that are united under one name, such as the Neva Towers and the Naberezhnaya Tower complex of two skyscrapers and one high rise. There are a total of 16 towers in the MIBC, of which the most popular are:

This is the most complex building within the MIBC compound. Its total floor area is a whopping 1 476 378 sqft (450 000 m²). It consists of two massive parts, each of which boasts a truly impressive infrastructure. The underground part includes 3 Moscow Metro stations, a parking lot for automobiles and a shopping mall. The aboveground part houses a concert hall and a hotel.

Tower 2000 is a skyscraper having 34 stories. Its total floor area is 200 318 sqft (61 057 m²), most of which is office space. The key feature of this skyscraper is its direct connection to the Bagration Bridge, which has its own shopping arcade. The tower has everything one may need while working here, including a large parking lot and several restaurants.

This elegant structure is 836 feet (255 m) high – that’s a whole 54 stories! The total floor area here is 554 462 sqft (169 000 m²). The Evolution Tower’s key feature is that it has its own Wedding Hall. This skyscraper houses large office spaces, a parking lot and several restaurants.

MIBC’s Imperia Tower is the undeniable focal point of the MIBC’s business life. Its height is 784 feet (239 m), which means one can hold conferences and resolve key business matters on the 59th floor! And that really is amazing! The tower has everything: offices, hotels, restaurants and parking lots. But if you want a truly unforgettable experience, visit the viewing platform! It is situated on the 58th floor and a simply astounding view of Moscow can be seen from it.

Most of the floors of these two skyscrapers are taken up by luxurious sky apartments. There are also several recreational and entertainment centers, office spaces, restaurants, etc.

Also known as the Eurasia Tower of Moscow-City, this supertall skyscraper has a total of 680 912 sqft (207 542 m²) of floor space. Most of this is taken up by offices, and the rest – by residential quarters (around 65 616 sqft or 20 000 m²). The tower also houses a number of the greatest restaurants, studios and shopping centers.

The Federation Tower is a complex of two skyscrapers, known as Tower East and Tower West. Tower East is the second highest building in Europe (the first is a skyscraper recently erected in the city of St. Petersburg). Its height is a colossal 1 223 feet (373 m) and that makes 95 stories! Tower West, on the other hand, is noticeably shorter at 794 feet (242 m).

The Federation Tower is a multifunctional complex.

The Mercury City Tower skyscraper is widely known as one of the tallest buildings in Europe. Its height is 1 112 feet (339 m) and it has 75 stories. It is multifunctional by concept, holding within its walls shopping centers, offices and all kinds of other spaces. It is also possible to rent apartments here.

Each of the MIBC’s tower complexes has its own recreational and entertainment areas, restaurants and parking lots. The top floors of most of these buildings contain luxurious fully-furnished apartments. At night, the towers shine with bright lights, while inside them the panoramic windows reveal astounding views of Moscow. This breathtaking view of the capital of Russia is why visiting Moscow-City is a must!

What Not to Miss

There are many interesting landmarks within the Moscow-City compound, but three of them are truly deserving of special attention:

The Afimall City Shopping and Entertainment Center is located in Moscow-City’s Central Core. It is divided into 4 zones, each with its own theme – one for every season of the year. The shopping center houses the biggest indoor fountain found worldwide. The height of this watery wonder is 118 feet or 36 meters.

The shopping and entertainment center contains everything one might expect from one of the largest centers of its kind:

The main recreational space is roofed with a giant transparent dome, which is an impressive sight to behold.

Bagration Bridge with its upper and lower galleries has a shopping center all of its own and was the first structure to be built as part of the Moscow-City business district. Its lower gallery is a shopping arcade and its upper gallery is an open-air viewing platform with a spectacular view of the MIBC and the Moskva River. The hall of the bridge houses the 23 foot tall sculpture called “Tree of Life”. Having gone through the bridge via either one of its two galleries, a pedestrian would find themselves standing right on the Kutuzovsky Prospekt.

The Expocentre Fairgrounds exhibition venue is located at the very heart of the capital. The first exhibition held at the Expocentre happened all the way back in 1959, much earlier than the MIBC was erected. Today it is the venue of many interesting events.

Exhibitions with very diverse themes are regularly held at this complex. An up-to-date schedule can be found on the official webpage of the Expocentre. The events can be free or fixed-price entry, depending on their type.

Moscow-City is not only a work and business hub, but also a residential neighborhood. Any citizen of Russia can rent or buy apartments or elite sky lounges here. The variety of residential real estate available inside the skyscrapers is impressive, including options for any pocket. The following buildings in the MIBC contain residential blocks:

This skyscraper has a mirror glass façade which reflects the passing clouds. Just imagine how beautiful that looks! Anyone can buy an apartment in the Federation Tower. Such properties are not only a good investment, but also a mark of prestige. The average price of residential real estate here is 45 million rubles for an apartment with a total floor area of 334 sqft (102 m²). The average price of a square meter (3.28 square feet) is in the range of 650 to 700 thousand rubles. There are two- and three-room apartments available in the Federation Tower, each with its own loggia. As for rent, the minimum price of one month’s stay in a three-room apartment in this skyscraper is 300 000 rubles per month.

The Mercury City Tower skyscraper welcomes citizens from all parts of Russia. This building is no less tall than the world-famous Dubai skyscrapers. Living in its apartments is a delight. The minimum cost of an apartment in the Mercury City Tower is 75 million rubles. The average price of a square meter (3.28 square feet) is 800 thousand rubles. And for those looking for a lower price point, some of the properties are also available for rent – in this case you will pay a minimum of 250 thousand rubles per month.

The Imperia Tower is a key cluster of interesting offers. The best options for buying and renting apartments within the MIBC can all be found in this skyscraper. The lowest price of a residential apartment here is 40 million rubles. A square meter (3.28 square feet) in a luxurious apartment in the Imperia Tower currently costs 600 thousand rubles, while the price range of the listings available for rent in this skyscraper is from 350 thousand all the way up to 1 million rubles per month.

This complex, standing on a faceted or “crystal” base, is an architectural engineering project boasting spectacular design. Behind its impressive façades is an abundance of penthouses and apartments having floor areas in the range of 262 sqft (80 m²) to 984 sqft (300 m²). The minimum price of an apartment in the OKO Tower Complex is 40 million rubles (the price of a square meter (3.28 square feet) is 500 thousand rubles). You can rent an apartment here starting from 400 thousand rubles per month.

The City of Capitals is an exemplary architectural complex. Its sum appearance gives the impression of a huge city. Inside its walls are spacious apartments available for purchase and rent. This complex is considered to be especially prestigious. The prices of apartments here start from 50 million rubles, while the minimum cost of renting is 400 thousand rubles per month.

Please note! The price of real estate available for purchase or rent depends on: the tower, the floor, the total floor area, the furnishings and/or interior design, and other factors.

The key advantages of buying/purchasing real estate in Moscow-City are:

Buying real estate in Moscow-City is very much a rational decision, most appealing to those who value the ultimate level of comfort. The residential apartments here boast impressive interior design solutions executed in the contemporary style. 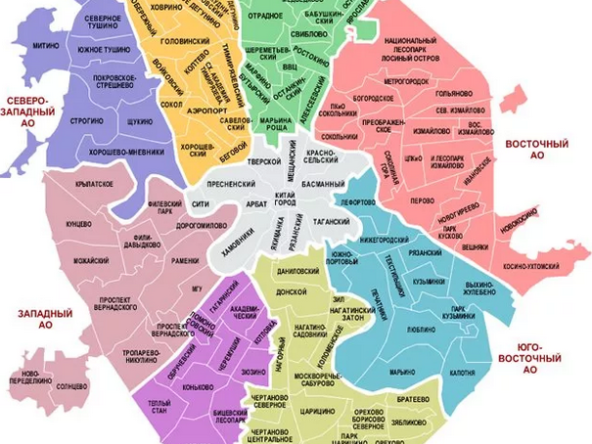 Familiarizing oneself with the map of a gigantic megapolis is not a simple task even for one of the...
Continue reading
by m-adm 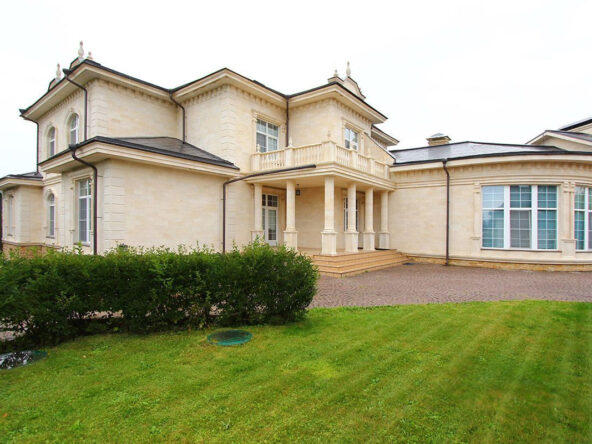 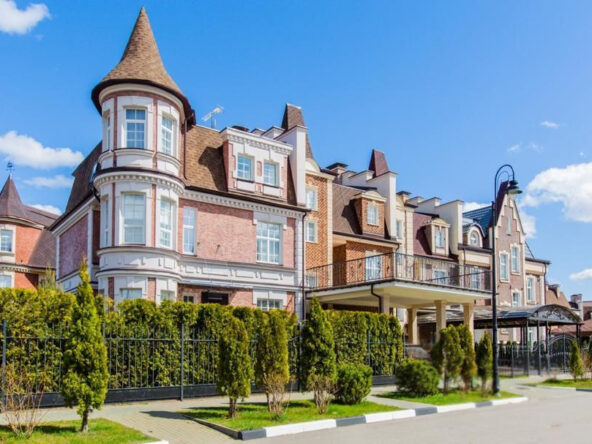 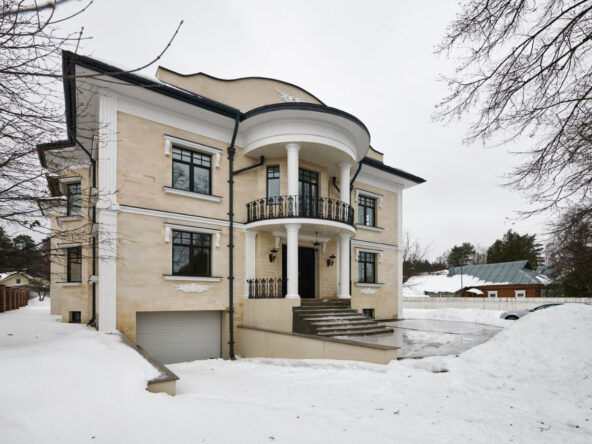 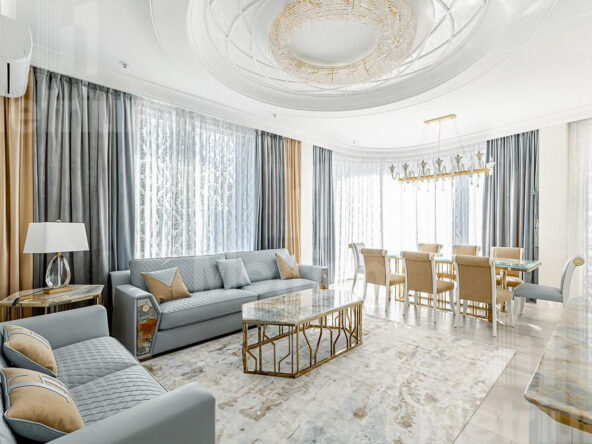 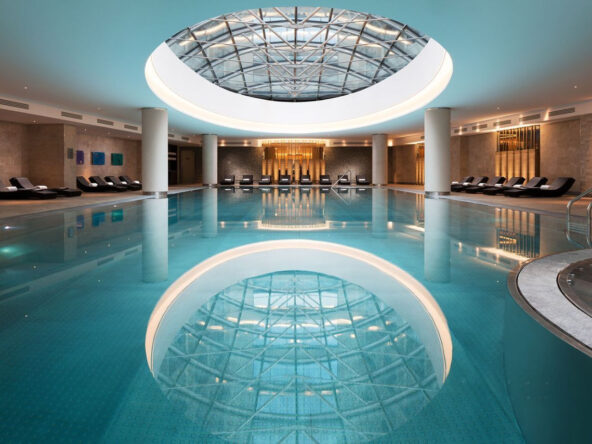